10 Moms with Kickass Characters in Books

In honor of all the mothers of the world who have denounced eating the last slice of pizza for her kids, this post is a tribute for you. To all the spouse-less moms who struggled in single-handedly bringing up wonderful little brats, my two hands salute you. And to my mom who always acts surprised despite already knowing we’ll always have a surprise, this is for you. I love you! 😀

More often than not, the character of moms in books always tug at our heartstrings. They’re often always depicted as someone caring, warm, and kind-hearted. Why? Because that’s simply and naturally what moms are. So here are the ten kickass moms-slash-heroines in the written pages that I would like to highlight for this post.

1. Mrs. Traynor (Me Before You by Jojo Moyes)

You might be wondering how on earth had a wicked judgmental witch of a mother to ex-master of universe, Will, made it to the list. Well, she’s one tough woman who had been keeping up with his quadriplegic son’s temperamental personality while simultaneously trying to keep her chin up and endure the gossips about her failing marriage.

If you’re a mother to an obnoxious, selfish teenager named Belly who whined about wanting to get married so early like a kid who didn’t get a chocolate bar, then you’re totally a kickass mom. Laurel’s not your typical affection-showy mom but at the rare moments she did, you’ll absolutely tear up.

We all know this woman wasn’t actually a mother until Charles Buford was on the way. However, I consider Charlotte an absolutely epic mom to the shadowhunter orphans of the London institute. She worries about them like they’re her own and spanks them when situation calls for it (Jessamine, anyone?) 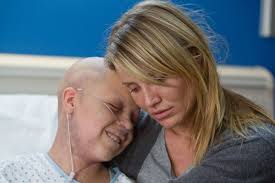 At first I hate Sara for being so unfair to Anna, conceiving her for the sole reason of being a harvest camp. Then I realized that all moms would, by all means, do crazy things – like shaving her hair off – just to keep her child’s ailing heart beating.

5. Natalie Prior from (Divergent Trilogy by Veronica Roth)

Natalie Prior took Bruno Mars’s Grenade literally well as she saved Tris’s life by putting her own at risk. She’s an Abnegation and Dauntless and Divergent and Awesome. Had The Mortal Instrument not continue after The City of Glass, I might not consider Jocelyn on the list. She had put herself into a magical coma half the series and let Clary wander alone in the shadow world clueless as a geek in a shindig. Oh well, she woke up still and compensated a hundredfold for the lost mother-time to Clary three books later.

I hate her for staying with Richie. Out of fear or out of anything else, she should have moved out. But what you wouldn’t admire about this superwoman who had so many kids to look after and a husband who threw a fit if he pleased to.

8. Frannie Lancaster (The Fault in Our Stars by John Green)

Every mother has each of her own shot of paranoia and maybe Mrs. Lancaster got an overdose. I guess every mom would if your daughter’s life is always on the brink of losing.

9. Pauline ‘Posey’ Benetto (For One More Day by Mitch Albom)

There’s no better woman who spells sacrifice better than Posey. She went through a long string of difficulties from witnessing his husband’s act of adultery to taking a job so unfamiliar to her. She’s definitely the classic definition of being a super mom.

The list wouldn’t be complete without the Chuck Norris of all moms. You don’t mess up with the head of the Weasley household, Molly. You’d hate her for nagging so much about your life but secretly love it for it meant she cared. And don’t get me started on how protective she is – “Not my daughter, you bitch!” Molly Weasley is definitely a woman to behold.

Happy Mother’s Day to all you moms in the world! You’ll always have our respect and honor *blows kisses*