Harry Potter MOTW: What is Your Boggart?

It’s that time of the week again for Harry Potter MOTW. This book meme is hosted by Uncorked Thoughts.

This week’s topic is “What is Your Boggart?”. Let me spare those who forgot what the creature is from googling. If I’m not mistaken, we encountered this first on the third book during Professor Lupin’s Defense Against the Dark Arts Class. A boggart is something that takes the shape of the worst fear of the person in front of it.

My real-life boggart would probably be a lot.

1. The death of Daryl Dixon from the Walking Dead. Silly, I know. I actually mourned Christina Yang’s departure from Grey;s Anatomy for weeks.

2. No internet. Sounds like a bourgeoisie problem but at some point, life would indeed suck without it.

3. Being stuck in a career trap. While working within the comfort zone doesn’t require so much energy, it limits one from taking chances and unleashing hidden capabilities. I fear not being able to zone up and answer all my career path what-ifs.

4. Death in the family. Who doesn’t fear that? Even the thought makes me cringe. 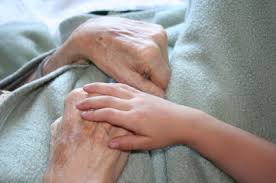 So there you have it. My life’s boggarts. If only everything would go away in a simple Ridikkulus spell…