If you haven’t read the book yet, I’m forewarning you of possible spoilers this post may contain. I have posted another review which is spoiler-proof. You’ve been forewarned.

As you know, I am already a big fan of Me Before You. I want to share the bliss I experienced reading this book to other readers out there. I say don’t attempt. Just read it! So here are the inevitable feelings you’ll actually get from reading the love story between a caregiver and a quadriplegic.

1. You’ll cry buckets. I’m sure hundreds before me have given you a heads-up. Just in case you’re living under the rock and you suddenly come across this red book, I recommend you take a trip to the grocery first and purchase as much rolls of tissue as you can. Get ready for a deluge of tears.

2. You’ll laugh. As much tears you shed, you’ll be hollering in laughter too. I don’t know about the others but I laughed a lot on the dialogues between Will and Lou teasing each other. She called pesto, the pasta with the green gravy. He called Lou someone who would serve ice cream and Nana Mouskouri.

3. You’ll blush in love. This is no conventional love story that sprouts moments after the first sight. This is something nurtured from days of patience, perseverance, and a lot of funny and sweet conversations in between. Theirs was an extraordinary love so deep it goes beyond the afterlife.

Sometimes , Clark, you are pretty much the only thing that makes me want to get up in the morning

4. You’ll feel torn between morals and convenience. You’re totally against euthanasia. Your moral and spiritual doctrines can’t bear to think about it, much more commit so. But, there’s a part of you that will understand Will’s suffering and hopelessness, that you will prefer peace for him rather than that feeling of incompleteness and incapacity.

But…I need it to end here. No more chair. No more pneumonia. No more burning limbs. No more pain and tiredness and waking up every morning already wishing it was over.

And I don’t want to look at you every day, to see you naked,to watch you wandering around the annex in your crazy dresses and not…not be able to do what I want with you. Oh, Clark,if you had any idea what I want to do to you right now.And I…i can’t live with that knowledge. I can’t. It’s Not who I am. I can’t be the kind of man who just…accepts.

5. You’ll feel hopeful but scared. There can be moments when you wish the expected ending will not be the thing you dreaded for so long. Your fingers will itch to turn the next page but it just won’t. On the long run, you’ll decide to be a masochist and face the inevitable.

6. You’ll feel the world changing hues. The moment you close the book, there will be two possible reactions. One, to reread some parts make sure you’re not missing out on something (Or at least spot a possible twist in the end but then you realize, it can never have a better conclusion) Two, to just simply stare into nothingness. The world  will change from vibrant to black and white along with the sudden heavy feeling you’ll have as though there’s a tight knot in your stomach.

7. You’ll totally won’t get over it. You’ll think of it overnight. You might temporarily ask your life to pause for a while. You will think you’re Lou who had just been cheated by fate and had felt all the impartial facts of reality. Or Will who just wanted to be free from that freaking chair. Now it’s time to pick another book, move on with your usual bookworm life but you can’t. This story is just so good you will want it etched on your memory forever. 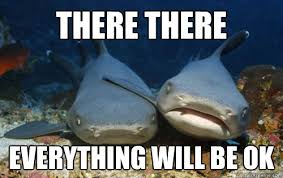 8. You’ll be thankful. Me Before You will teach you a lot of things in life. A handful of good words to live by were there. Will had always pushed Lou to live her life, go beyond her comfort zones. Lou had always wanted Will to see the beauty in life again, to just live for her. Very inspiring like they were practically meant for you.

9. You’ll ask yourself what’s with the title. Off topic. Up to this point, I can’t still fathom why it has to be entitled “Me Before You”. Somebody elucidate me! Don’t get me wrong. I don’t hate it. I’m just confused. 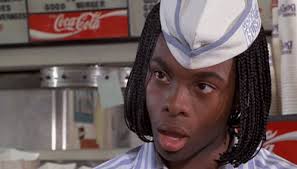 10. You’ll get excited for the movie… You’ll pray so hard for the entire universe to conspire that Emilia Clarke and Sam Claflin will do a very good portrayal of this phenomenal tale. 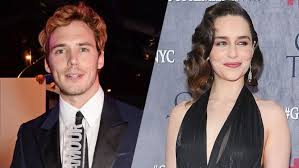 … and After You. Oh yes! There will be a sequel. Jojo Moyes herself announced to the public who kept bugging her about what happened after. So if you still got spare tissues, better keep them on your stockroom until fall when the book’s released.

And you’ll start to see the world in a better light. 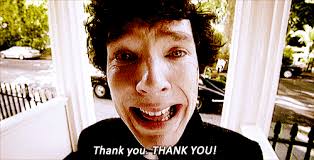